Amid record setting floods, striking garbage and train unions, and a heavy increase in police presence, I made my way to Paris on Friday 6/3/16. That day happened to be a record level for the Seine river, which was at its highest point in 34 years. What first appeared as a normal large river to me soon became a spectacle, as I began to notice streetlights, signs, and stoplights mostly underwater along the side of the river. 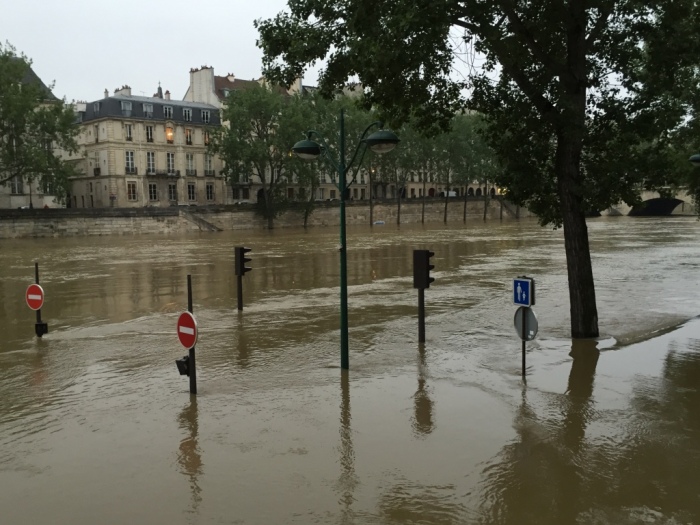 By chance, my cousin Thomas and his wife Loreyn happened to be in Paris the very same weekend. With wi-fi being my only connection to the world, and Paris’ lack of ubiquitous wi-fi, we hadn’t had an opportunity to discuss meeting up on Saturday. I decided to start the day off with a free walking tour of the city which happened to end at The Louvre. As I stood listening to the tour guide, I recognized Thomas and Loreyn standing just 20 feet away – a completely unplanned encounter in a city of so many sights!

After they left Paris I became a bit anxious – until this point, I had always had friends or family to look forward to seeing on this trip. For the first time since moving to Los Angeles, I had absolutely no idea when I’d see a familiar face again. Those qualms were quickly quelled when I arrived at a new hostel and met a friendly group of people who were all traveling solo. It began with sitting around in the common room watching TV, evolved into drinking and discussing politics, religion, philosophy, and materialism, and was cemented with a game called Werewolf. The group of 12 was aged from 20-34 and hailed from New York, Austin, Boston, London, Germany, Chile, Brazil, Iceland, Montreal, and Australia. A day later, I ended up on the lawn of Versailles drinking wine and eating baguettes and cheese (as foreigners, we decided that’s as French as it gets) with 12 people who didn’t know each other 24 hours earlier. 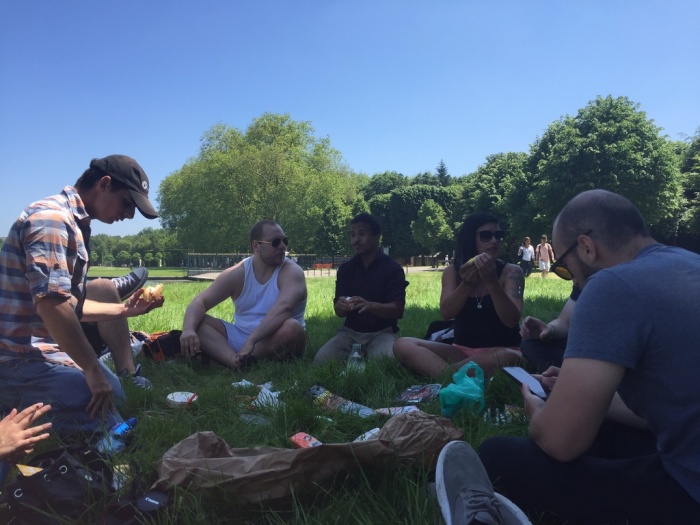 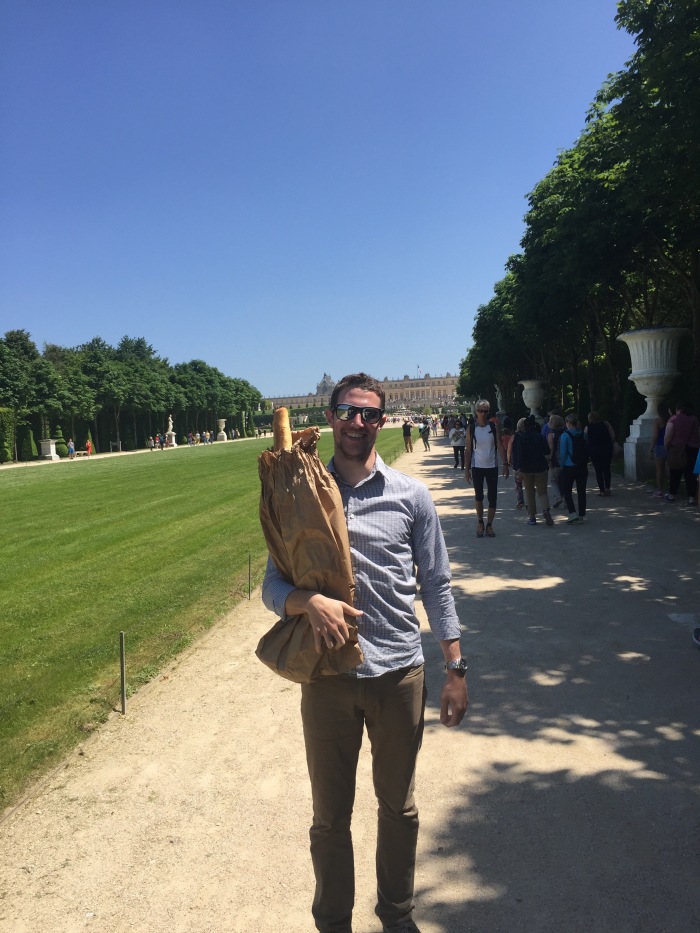 The beauty of staying at hostels is that they are generally occupied by people who are open, positive, and have their guards down. On top of that, the diversity of age, homeland, and profession allows for very invigorating conversation in which you are able to laugh about both what you share in common and what you don’t.

I ended up staying in Paris a few days longer than initially planned due to the train union strike, but I’m thoroughly glad that I was able to spend more time in such a spectacular place. The detail on every building, the history on every corner, and the lifestyle among locals is all something to cherish. Parisians have a much slower walking pace than I’m accustomed to; they sit for hours outside at a cafe, looking into the street while enjoying coffee or beer with a friend (without a laptop or phone visible); they read books while they wait in public places. It’s provided a welcomed contrast to what I’ve become accustomed to as “the norm” in Los Angeles, where there’s a heavy sentiment of “if you’re not getting ahead, you’re falling behind.”