After 5 weeks of travel, I found myself in the least populous place I’d visited yet in Interlacken, Switzerland. Interlacken, somewhat in the middle of the country, is situated between two lakes: Thun and Brienz, and nestled in a valley between the Swiss Alps. My hostel was in even smaller town called Iseltwald, right on the shore of Lake Brienz. The color of the water is something you’d expect to find in the Caribbean or some other tropical paradise – a blueish turquoise that seems impossible. I spent my time in Interlacken outdoors – kayaking on the lake, jogging through the forest hiking trails and stumbling upon waterfalls (and apparently a Wes Anderson set – see below), hiking up the Swiss Alps, and jumping out of an airplane. This place is truly a nature lovers’ paradise, and I found myself swearing under my breath in disbelief of my view a multitude of times. 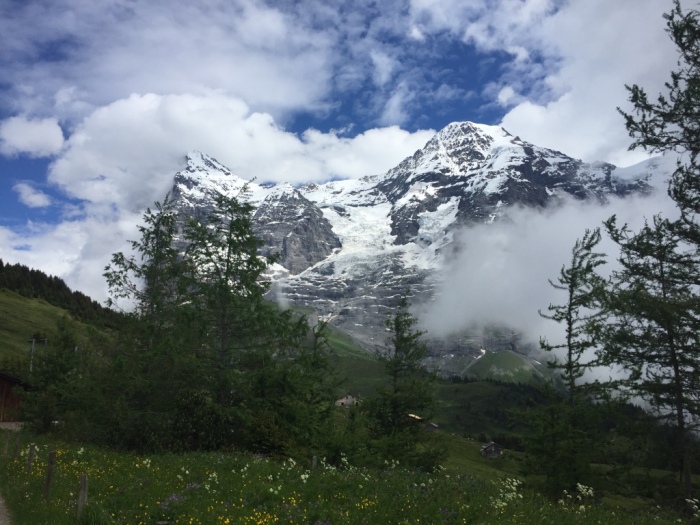 Zurich is not traditionally known as a tourist destination, and upon arrival I had two observations: it is very clean and very expensive. The city itself feels brand new and futuristic – the train station is immaculate marble and black tile and feels as though you accidentally wandered into a private mansion. A public tram ride will set you back €4.30, which meant I didn’t buy any tickets and spent each ride hoping I wouldn’t be busted by authorities checking for tickets. I arrived on July 4th and had a goal of finding some way of appropriately celebrating American Independence Day. My google searches for “American 4th of July Zurich,” yielded no promising results, so instead I took off to wander among the city. After walking along the river just north of the city center for a few minutes, I found it. Something in the river caught my attention – it was a body floating by. Thankfully, the body was that of a still-alive person, and I followed it down a little ways to an opening where hundreds of young people were laying out along the river in their swimsuits, listening to music, and drinking. There was a bar and grill right along the river, tables to eat at, and even a beach volleyball court. People were jumping into the river, floating down a ways, and getting out to return to their spot. I quickly grabbed a beer and dipped my feet in the river while sitting in the sun. This was freedom. I found it quite interesting that this was an average Monday for these people. While some of them were surely still in school, I could certainly spot people who had just come from work, took off their business attire and had a swimsuit on beneath. Not a bad way to spend a Monday. 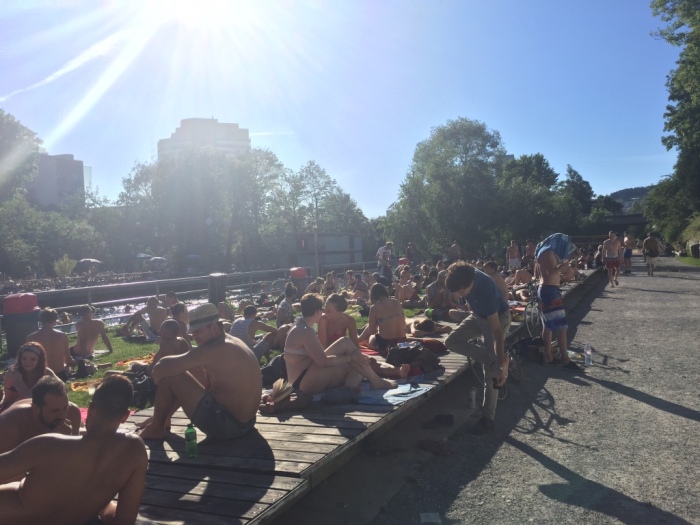 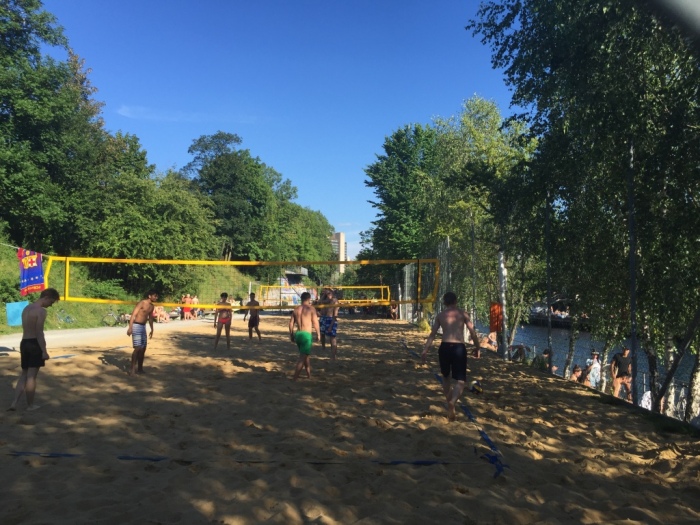