The final destination on my 14 week journey was Iceland, which I wanted to explore due to it’s spectacular landscape and geography. Luckily, Icelandair has a spectacular deal called the stopover, which essentially gives you a free flight to and from Iceland if you’re traveling between Europe and North America.  That said – don’t visit Iceland if you’re traveling on a budget. You’ll quickly find yourself sleeping in a Volkswagen Golf and eating pre-cooked pasta and rice for every meal.

My plan for Iceland was to rent a car and drive around Route 1, known as Ring Road, which encircles the Island, stopping at as many sights as I could. I had 4 full days to complete this trip and get back to Reykjavik, where I’d fly home to Chicago on Wednesday after 98 days of travel. When I picked up the rental car Saturday morning, the agent told me it was “crazy” to try to go so far in such a short amount of time. Well, this wasn’t the first time I’d been called crazy and I certainly hope it’s not the last.

As I took off to find the the treasures that Iceland had in store for me, I had a massive realization. Not only was this the first time in 3.5 months that I was driving a car – it was the first time in 3.5 months that I was alone, in an environment that I controlled, without the possibility of someone else entering at any moment. As someone who lives alone in LA, it was quite an adaptation to live the hostel life, sharing bedrooms with 3-21 people each night, and never having any expectation of privacy. I had become much more extroverted and comfortable around strangers by this point, but I had to celebrate the return to solitude in the most appropriate way: windows down, blasting country music and singing along.

The scenery of Iceland feels otherworldly at times, such as this drive surrounded by geothermal vents and foot-thick moss covering a lava field. 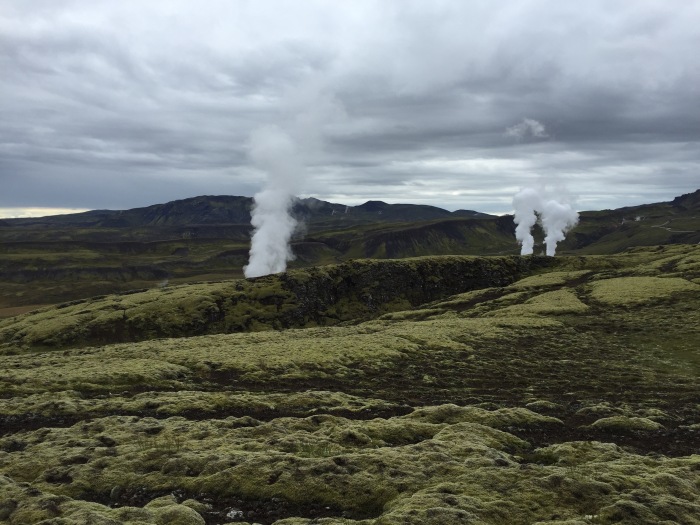 The most common sights in Iceland (besides sheep), are waterfalls. As spectacular as these are, a few locals said they’d gladly trade them for some trees.

My favorite part of Iceland was the interactive part – geothermal pools called “hot pots” that people bathe in. These range from completely unregulated, free to use, natural holes in the ground, to resort spa-level amenities (and pricing). Seljavallalaug was the real highlight for me, a free hot spring pool built just a 10-minute walk into a small valley. I visited during the sunset and was rewarded generously with a beautiful view and a new friend, who stopped in Iceland before volunteering as a nurse on a Mercy Ship off of Africa for 3 months. It became clear why she initiated conversation with me after I learned of the name of her blog… www.beardedvision.com

The next three days were filled with adventure and lots of driving (I’d put on over 1,500 miles in 4 days). There were icebergs floating to sea, steep mountain climbs on gravel roads through thick fog, more hot pots, a German hitchhiker, a flat tire in the Westfjords, beautiful sunsets, and very few people. 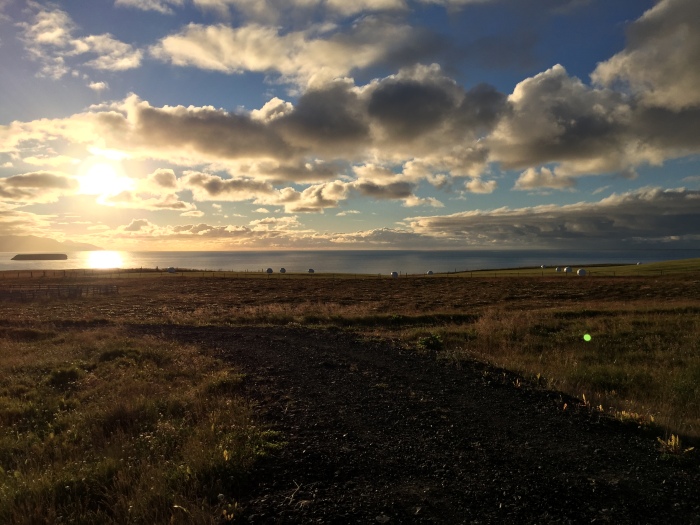 On my second to last night, I pulled over on the side of the road to sleep for the night and was treated to a meteor shower surrounded by thousands of pulsating stars. As I laid there – in the middle of nowhere, Iceland, watching the a meteor shower in the back of a rental car after 96 days of travel, I couldn’t help but be overcome by emotion. Sometimes we feel stuck or stranded in life – but at any moment, you have the power to make a decision that completely changes your situation. I don’t know if I ever thought I’d be where I was that night (along with many other places along this journey), but being open to new experiences and unafraid of the many things to be afraid of brought me there. At first I thought it was a shame that cameras (ok, my iPhone camera) couldn’t capture the beauty of being in that moment, because I wanted to share it with everyone. Now, I’m glad that’s the case. That moment was more than just something to see – it was something to experience – and I believe that is something one must earn.