When I quit my job at the age of 26 to backpack around Europe alone, I didn’t know what I would find. To be honest, I didn’t even know what I was searching for. All I knew was that there was a persistent line of questioning in my mind that could be described as a crisis of meaning, and this was the best way I could think of to combat that feeling. Having achieved some version of the American Dream and also having acknowledged that I was one of the most fortunate people in the history of the world, I still had nagging insecurities that I was missing something. This something wasn’t things or achievements, but some mythical greater truth that I figured could only be realized by living differently for a bit. So, I packed a backpack with seven shirts and three pairs of pants and flew overseas for the first time in my life. I didn’t know what I’d end up with at the end of the journey, but I had faith that no matter what happened, I’d come out of the experience with a greater understanding of what’s meaningful to me in life.

It’s been five weeks since I returned to the U.S, and it was even more powerful of an experience than I had anticipated. I found stress, struggle, generosity, honesty, happiness, questions, answers, love, friends, memories, and perspective, among other things. Most of these things are difficult to share – an experience can’t be accurately described by any words or pictures – but perhaps some of the lessons learned can be.

People are the primary source of my happiness. This wasn’t necessarily a grand realization, rather a subtle acknowledgement that I often misjudge the amount of happiness different things bring me. I’ve often looked forward to getting a new gadget, only to find I inevitably and nearly immediately become used to owning it, and now have another material desire in mind. Having lived for 98 days on the contents of one backpack, I was absolutely overwhelmed when I returned to my apartment full of clothes and stuff. I was just as happy owning only a handful of items for a few months (and certainly less stressed). The more things you have, the more things you have to worry about.

Achievement and recognition are certainly more admirable sources of fulfillment, but I’ve found the feeling can be nearly as fleeting as material goods, especially if you don’t have the authentic relationships to share your joy with. It seems these days (or perhaps, at this age), it’s en vogue to be able to describe yourself as “busy.” Since it’s difficult to quantify success in one’s personal life, we may chase results and recognition in our professional lives in a never-ending pursuit of “progress.” If this pursuit comes at a significant cost to the time we spend with friends and family, we will almost undoubtedly have some remorse; as stated in my first blog post, two of the most common regrets of the dying are working too hard and not staying in touch with friends.

Not accurately assessing what brings me joy has led me to sabotage my own happiness in exchange for comfort at times. Living alone, there are days where I feel overwhelmed and want to retreat from human interaction. This was not possible while staying in hostel bedrooms that sleep 4-22 people, which was stressful at first. However, I found that not having the option to hide from the world forced me to interact with other people, which often led to a memorable evening, conversation, or friendship which undoubtedly lifted my spirits more than being alone would have. I’m aiming to prioritize more time with family, friends, and new acquaintances.

Honesty and vulnerability are paramount to authentic relationships. One of the greatest advantages to not knowing anyone on the continent you’re inhabiting is a certain feeling of absolute freedom of authenticity. I had no reputation or ego that I felt I had to protect to complete strangers, and didn’t have a reason to be concerned about what they thought about me. It’s not as though I’m dishonest at home – just that I had usually been more guarded about what I’d share with people. Sometimes, we’re afraid to tell people the things that are most important to us – our desires, fears, hopes, and insecurities – because we prefer to maintain a certain image of “having it all together.” We’re afraid of appearing weak or as a failure, so we craft a social media presence that paints a perfect picture and omit anything that doesn’t fit that construct from our conversations with others. Keeping up this appearance in conversation can be stressful if we must actively filter our reality with what we’re willing to share with a particular person.

I refrained from this exercise while traveling, sharing my vulnerabilities and insecurities with complete strangers. I found that the honest conversation was much more rewarding than any pleasantries or small talk that would usually fill a conversation with a stranger. Further, people often commiserated or identified with what I had to say – sharing a similar feeling or advice on how they’ve approached a similar issue. I found relationships developed quickly as we trusted one another in no small part due to our obvious honesty. Someone I had only known for a couple of days broke down in a conversation with me about a friend who had recently attempted suicide, later thanking me for being there for him. This experience brought me closer to him than some people I’ve known as acquaintances for quite awhile. If you think about the differences between your best friends and other friends, I’d bet one of them is what you’re willing to share with each group.

Bloom where you are planted and be extraordinarily kind to everyone you meet. I met the founder of a yoga studio in India named Sebastian who shared this piece of wisdom that had been passed down to him. It would continue to echo through my mind for the remainder of the trip, as I noticed and appreciated ordinary people who were exceptionally kind to others. There was the waiter at an Italian restaurant in Brussels who electrified the place with his energy – making the customers laugh, running out to hug locals walking by, and engaging everyone with a smile and uncommon positivity. There was the ticket agent at a train station in Copenhagen, who couldn’t have been more compassionate as she helped me find alternative travel plans to get to my destination since the tracks were under construction. There was the man on the metro in Paris who figured out that a couple he didn’t share a common language with were on the wrong train to get to the airport for a flight, signaled to them to follow him, picked up the woman’s luggage, and lead them to the correct train at the next stop. The memories of these people stick with me and inspire me to work to be more like them.

Sometimes, our frustrations with our personal or professional lives leak into our interactions with other people, and we thoughtlessly drone through the encounter. If instead we aim to be cognizant of our effects on other people and be incredibly kind and friendly, we’ll see an improvement in our own lives. Have you ever worked with someone whom other people frequently describe as “the best?” It’s not usually because these people are necessarily the best person at fulfilling their job duties, rather that everyone enjoys working with them due to their positivity, kindness, and desire to be helpful. No matter where you are or what role you’re in, if you regularly treat people in a manner that earns you this description, you’re going to grow and do well – and there will be plenty of people rooting for you and happy to help you out along the way. More than that, you’ll feel better about yourself and so will those around you.

Be grateful for now. You can find things to complain about or things to be grateful for. It isn’t uncommon that any moment is filled with anxiety or frustration as we rush from task to task. These days, we can’t even wait a few seconds for an elevator without needing to feel busy or productive and stare at our devices. One of the most obvious cultural differences I noticed while traveling was how much less time people spent on their phones, and how much more time they spent with each other. At first it was shocking to see: people sitting at a cafe table with no phones in sight, talking to each other or even sitting in silence while staring out at the world around them. If we’re always focused on what’s next and what’s wrong, we’re missing what’s here, what’s now, and what’s right. Slow down once in a while to appreciate where you are, what you have, and who you’re with.

Creating meaning in your life does not have to be some magnum opus that takes a lifetime to achieve. A big contributor to my crisis of meaning pre-departure was an oft-quoted phrase in the entertainment industry “we aren’t saving lives, here.” This is usually said in a “there’s no reason to get upset” tone. As I thought about the huge amount of time that have left in my working life (hopefully), I began to wonder if I’d look back on it all at the end and regret not doing more to save lives or measurably improve the world. Should I instead join a non-profit? What emerging technologies could have immense impacts on the future of medicine that I could become involved with? Part of me believed that to find some deeper meaning, I’d have to dedicate my life to one cause and relentlessly pursue it.

On the contrary, I now see that each day is full of limitless opportunities to create meaning for yourself and others. As I traveled and met people of different backgrounds and occupations, I realized that some of them had a significant impact on me. The strangers mentioned above had a lasting effect on my beliefs and attitudes, and I have the ability to do the same for others every day. I became noticeably more cheerful after only a few hours in the friendliest city I visited, Copenhagen. If you focus on bringing joy to others – be genuine, empathetic, uncommonly compassionate, and helpful for no reason –  you’ll feel no lack value in your life.

Take the jump. Many times, we have vague plans for something we’d like to do in the future (start a business, write a book, travel), which we never quite get around to. The reason for this is usually fear of failure, or more accurately, fear of other people thinking that we have failed. More than this, it’s just so easy to stay in our comfort zone and avoid the things that scare us  (most commonly, the unknown). If you conjure up the courage to take the jump, you may very well fail by superficial measures, but the rewards will well outweigh any disappointment. You’ll be proud of yourself for trying, you’ll learn a ton about yourself and the world, and you’ll expand your comfort zone, allowing you to more confidently approach bigger challenges. Most importantly, you won’t regret it. 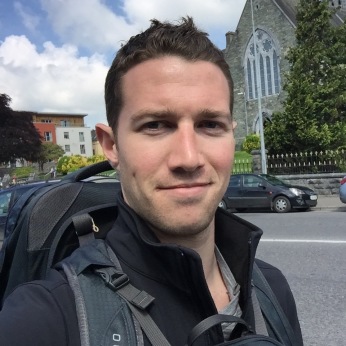